Episode 486 of A Well-Designed Business® 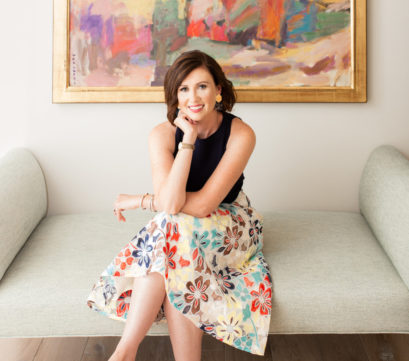 0.75x
1x
1.25x
1.5x
2x
0:00
01:05:12
Apple PodcastsGoogle PodcastsPlayer EmbedSHARE LEAVE A REVIEWListen in a New WindowDOWNLOADSoundCloudStitcherSubscribe on AndroidSubscribe via RSSSpotifyGET ON THE LIST

Welcome! Today, we have Christina Bruce, the principal of Christina Bruce Interiors in Vero Beach, Florida, with us on the show. Christina was one of the VIP attendees at the LuAnn Live, It’s About the Conversation event, earlier this year. LuAnn asked each VIP to let her know, in the months following the event, what they have done and achieved based on what they learned, and the people they met there. So, Christina messaged LuAnn recently, with a long list of the positive things she identified in herself and her business, from the event. In today’s episode, she shares the serious questions she had been asking herself about her business, before attending LuAnn Live. She then goes on to describe the things she put into action and the remarkable 180 degrees turn around that she created in her business, as a result of attending the event. Listen in, to hear about the incredible way that Christine transformed her business.

Christina started her company in Savannah, in 2009. She then completed several residential and commercial projects in Florida, Georgia, South Carolina, and North Carolina. Christina received an award for excellence for the work she did on a medical center from the Indian River County Chamber of Commerce during this time, and she was also invited to be a guest designer on ABC’s Extreme Makeover: Home Edition.

The love of her hometown, Vero Beach, drew her back there in 2012. Christina has had the opportunity to further her experience and influence by working with some of the most established communities in Vero Beach, and by helping to complete residential and commercial projects in Texas, New York, and internationally. Tune in today, to learn about the lessons that Christina has learned and the actions she’s taken to transform her business.

Christina Bruce graduated Magna Cum Laude from the Savannah College of Art and Design (SCAD). The Interior Design program at SCAD has been consistently ranked as the number one program in the nation. It is here that Christina not only formed a strong foundation of design principles, but also a true passion for interior design.  She formed her own company in Savannah in 2009 and completed several residential and commercial projects in Florida, Georgia, South Carolina, and North Carolina. During this time, she received an award for excellence for her work on a medical center from the Indian River County Chamber of Commerce. She was also invited to be a guest designer on ABC’s Extreme Make-Over: Home Edition where she helped complete the design of the dining room and master bedroom of the home being featured. Savannah’s charm enriched her experience, but the love of her hometown of Vero Beach drew her family home in 2012.

In her time in Vero Beach, she has worked with some of the finest architects and builders which has helped to shape her corporate philosophy and relationship with clients. She has had the opportunity to further her experience and influence by not only working with some of the most established communities in Vero Beach but also helping to complete residential and commercial projects in Texas and New York, as well as internationally. She looks forward to many years of successful relationships and projects with the clients and communities with which she is fortunate to work.

Previous shows mentioned in this episode: