Episode 334 of A Well-Designed Business® 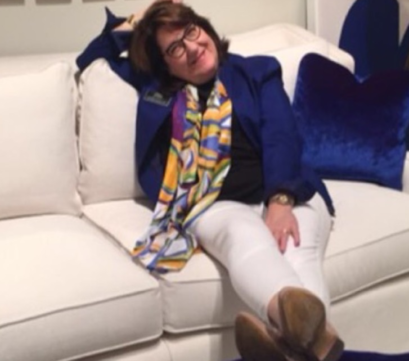 0.75x
1x
1.25x
1.5x
2x
0:00
58:21
Apple PodcastsGoogle PodcastsPlayer EmbedSHARE LEAVE A REVIEWListen in a New WindowDOWNLOADSoundCloudStitcherSubscribe on AndroidSubscribe via RSSSpotifyGET ON THE LIST

Welcome to the show! Today we have a great opportunity to showcase another career you might consider if you’re looking for a slightly different angle within the design industry. We have Debbie Pegher, a long-time listener who is also an all-around amazing cheerleader of this podcast as our guest! Debbie is the showroom manager of   Century Furniture, in the Washington Design Center and she has more than thirty years of experience as a designer working in retail, a design studio, and having her own design firm before she became the manager at Century. Listen in to find out more.

Debbie serves as the board of directors of The Washington Design Center and she regularly hosts events for the design community in the 5000 square foot Century showroom. She served as membership director of the ASID Washington Metro Chapter from 2014 to 2016. Century Furniture was awarded Best Made in America, in 2012, by  Made, a non-profit which honors excellence in American design, with Debbie’s expertise. Furniture from Century was featured at the National Reagan Airport, and this honor culminated in an invitation to the US Capital, to watch the fireworks show, on 4th July. Debbie’s leadership has earned her and the DC team at Century Showroom of the Year twice, most recently in 2017, with the best sales record recorded, for their showroom! Debbie credits and shares this with her co-worker, Gloria Domingez, a seasoned and talented design-oriented member of this two-person team. Listen in to find out what Debbie has to say today!

Previous episodes mentioned on this show: