Design Biz Live: What We Learned at LuAnn Nigara Live, It’s About the Conversation

Episode 449 of A Well-Designed Business® 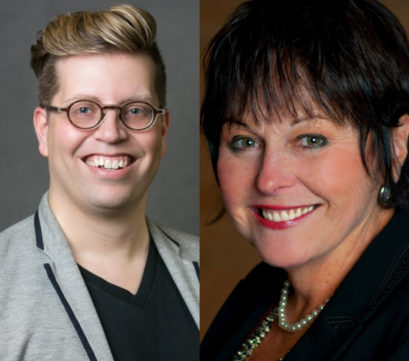 0.75x
1x
1.25x
1.5x
2x
0:00
01:04:28
Apple PodcastsGoogle PodcastsPlayer EmbedSHARE LEAVE A REVIEWListen in a New WindowDOWNLOADSoundCloudStitcherSubscribe on AndroidSubscribe via RSSSpotifyGET ON THE LIST

Welcome another episode of Power Talk Friday and Design Biz Live, with Judith Neary and Corey Klassen. It’s been several months since the last episode of the Design Biz Live series and today’s show is really going to be fun, especially if you were one of the 200 people attending LuAnn Nigara Live, It’s About The Conversation, last March, where Corey and Judith were both guest designer panelists. Tune in to today’s episode of Design Biz Live, to find out why everyone really needs a Vin man!

Judith and Corey are usually the ones to come up with the topics for the Design Biz Live episodes, and their topics are mostly about the things they’re facing in their businesses or the things that their colleagues are struggling with, in theirs. For today’s episode, however, they have decided to talk about the things that they learned from LuAnn Live. Corey and Judith both have tons of experience in the design industry, so listen in today, to hear what they learned.

To get onto the email list, so that you can know what’s happening and when text the word ‘designbiz’ to 444999.