Episode 446 of A Well-Designed Business® 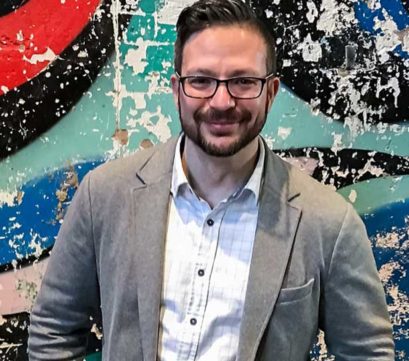 0.75x
1x
1.25x
1.5x
2x
0:00
01:16:16
Apple PodcastsGoogle PodcastsPlayer EmbedSHARE LEAVE A REVIEWListen in a New WindowDOWNLOADSoundCloudStitcherSubscribe on AndroidSubscribe via RSSSpotifyGET ON THE LIST

Welcome to Power Talk Friday! Today, Jesse Lazarus, the Chief Process and Innovation Officer for Kravet Inc. joins us on the show. Jesse is a deep thinker, with a BA in philosophy, and in his role, at Kravet he plays an integral part in the discussion around the technology and innovations that the company chooses to partner with and embrace. Jesse spearheads Kravet’s strategic plans and he implements their new digital initiatives, which include e-commerce projects, in-store experience concepts, and groundbreaking virtual design tools. Listen in today, to find out what Jesse has to share about the ongoing evolution of Kravet.

Kravet is a smart company and they are guided by their mission to support you, the interior designer, in your efforts to run a really profitable business. Kravet has been a show sponsor since the beginning and, in today’s episode, Jesse talks to LuAnn about how this happened. He discusses the way that technology has advanced during his time working in the interior design industry, and how the industry is changing, as a result. He also talks to us about Kravet’s new showroom which opening up at the New York Design Center, the way that Kravet is evolving,  and where they are heading, in terms of innovation and technology. Tune in now for more!

Jesse Lazarus is Chief Process and Innovation Officer for Kravet Inc., a high-end home furnishings supplier to the interior design trade. In this role, Jesse plays an integral part in spearheading strategic plans and implementing new digital initiatives, including e-commerce projects, in-store experience concepts, and innovative virtual design tools. He received his BA in Philosophy from the State University of Stony Brook and resides in West Sayville, NY with his wife and two daughters.

Code for 10% of Kravet fabric, wallpaper or trim: AWDB10