Episode 388 of A Well-Designed Business® 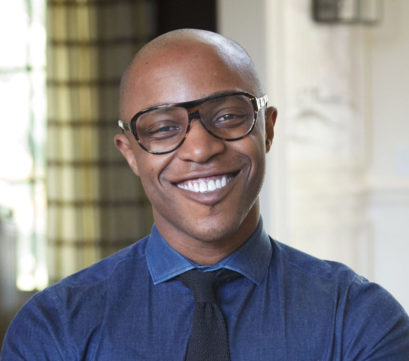 0.75x
1x
1.25x
1.5x
2x
0:00
01:06:22
Apple PodcastsGoogle PodcastsPlayer EmbedSHARE LEAVE A REVIEWListen in a New WindowDOWNLOADSoundCloudStitcherSubscribe on AndroidSubscribe via RSSSpotifyGET ON THE LIST

I have another outstanding show for you today! Corey Damen Jenkins is with me today and he is no exception to the amazing people I have been meeting. What you will learn from is that he is one of the good guys. He is the kind of person that everyone would agree is very open, sincere, humble and giving. What you may or may not know about Corey is that he is the principal of Corey Damen Jenkins Associates which is located in Birmingham, Michigan. In 2011 the television audiences voted him the winning design star of HGTV’s Show House Showdown. Since then it has been a whirlwind of accomplishments! Today we are going to talk about how his lifelong dream came true in 2016 with his launch of his first couture collection of furniture, Corey Damen Jenkins exclusively for leathercraft. This collection was nominated for the prestigious 2017 arts award for the best product design. Once you start to listen to this episode it will be no surprise to you that Corey Damen believes in giving back to the design community. His firm generously donates to several charities.