Episode 338 of A Well-Designed Business® 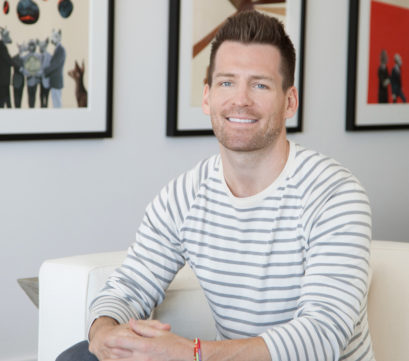 0.75x
1x
1.25x
1.5x
2x
0:00
45:52
Apple PodcastsGoogle PodcastsPlayer EmbedSHARE LEAVE A REVIEWListen in a New WindowDOWNLOADSoundCloudStitcherSubscribe on AndroidSubscribe via RSSSpotifyGET ON THE LIST

Welcome! Today we have Orlando Soria, the founder of the blog  Hommemaker, with us on the show. Orlando is a really charming and thoughtful interior designer, writer, and visual artist, from Los Angeles, California, with an unpretentious attitude towards the world, and his place in it. Listen in to our conversation today and find out what he has to say about the way that design, art, and writing can influence the world and the way that people think.

Orlando got his start on HGTV as Emily Henderson‘s on-camera assistant on the home makeover series Secrets From A Stylist. A graduate of Cornell’s University’s College of Architecture, Art and Planning and The University of Pennsylvania’s School of Design, Orlando has been a staple of the design industry for years. His first book, Get It Together!, was released in Spring 2018 and in May of this year, Domino named him as one of the top twenty-nine designers to follow on Instagram. Listen in today to find out more!

To buy a copy of Orlando’s book:

Get It Together!: An Interior Designer’s Guide to Creating Your Best Life