Episode 271 of A Well-Designed Business® 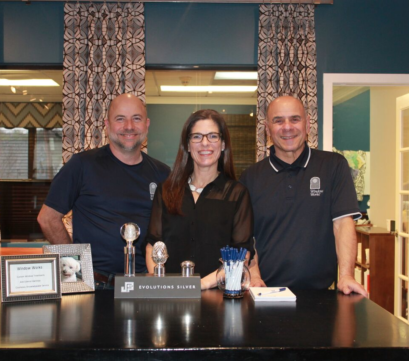 0.75x
1x
1.25x
1.5x
2x
0:00
50:41
Apple PodcastsGoogle PodcastsPlayer EmbedSHARE LEAVE A REVIEWListen in a New WindowDOWNLOADSoundCloudStitcherSubscribe on AndroidSubscribe via RSSSpotifyGET ON THE LIST

Welcome to today’s episode of Power Talk Friday! LuAnn has a really special treat in store for you today – her husband, Vince will be joining her on the show! LuAnn has recently had a lot of people asking her to address the topic of husband and wife teams, working together.

She recently interviewed Syd and Shea McGee, of Studio McGee (#270) and there are also a few more interviews scheduled with husband and wife teams, which are to be aired in the near future. Vince has already appeared on the show once before, where he talked to LuAnn about the kind of advice that he would give to new entrepreneurs just starting out in their business. He discussed establishing a mission, core values and also systems. So if you’re interested in finding out more about any of that, please go back and listen to episode #78. Today, LuAnn and Vince will be talking about how they’ve managed to be in business together for so many years, and still, like (let alone love) each other! Listen in to find out more!

Vince is the brains behind the finances at Window Works, with a degree in Accounting and also an MBA in Business. He has been the fearless leader at Window Works for thirty-five years this December and he has achieved a very recognizable level of stature within their Window Treatment and Awning community. He has served on a number of Marketing and Operations Advisory Boards, for Window Works and for Dorosol (The Awning Company that they use most often) and he served for just less than two years as the Vice President of Franchise Sales, for Decorating Den. Listen in today, to find out more about how Vince and LuAnn have managed to work together, really successfully, for so long.

Previous shows mentioned in this episode: